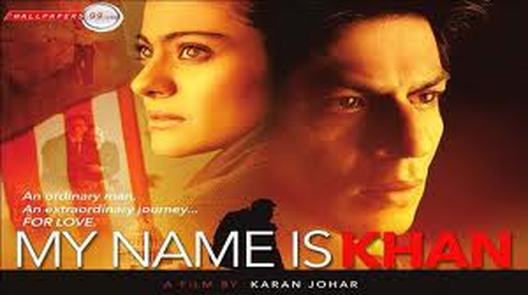 ﻿Author by: Vannary Kom and Kenny Le﻿
My Name is Khan is a Hindi film that deals with some social commentaries of disorder, politics and religion. The film shows perspective on how a tragic event can destroy the image of those who follow a religion followed by the addition of a person with a disorder and government news. The leading role in this film is Rizwan Khan, but he prefers to be called Khan. He is diagnosed with Asperger’s Syndrome. His family is unsure of his disorder. Khan has an incredible skill to repair mechanical things like cars, microwaves, and toasters. 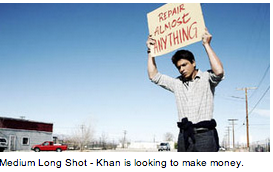 Cutting to the tragic event of 9/11/2001 happening in the film, we see flashes of the segregation we once saw in the past. It brings us to the conclusion that society puts a bad image on certain types of people who are not guilty of a tragedy, but are the same “kind” of people. Director Karan Johar, portrays a message that people follow society’s norms and government views. In the United States, we see the government as a government of people therefore people who follow what the government says about certain kinds of people can either give a good or bad image of those kind of people. People have a choice to view what the government is doing as either good or bad for the Muslim people in the film. With the motif of Khan saying “My name is Khan, and I am not a terrorist”, we see the message that one cannot be judge by name, color, or belief. On another note, Karan Johar displayed that happy times go by quick and the sad/depressing times seem like they last forever.
Shah Rukh Khan’s acting in My Name is Khan is realistic to the point that it is believable that he has Asperger’s Syndrome. Shah Rukh Khan never for once loses his grip on the character despite playing a patient of Asperger's Syndrome which is one of the most challenging role played by any Indian actor or Hollywood actor. SRK's acting was phenomenal. There were many emotional attachment moments with the characters of the film.
One of the most important elements of the movie is the narrating. It gives the vibe of “sanity” that Khan has in himself as we listen to his thoughts, but a defining moment in the film is when Khan told the security guards that he is not a terrorist. His facial expression in that moment seems as if his disorder has gone away for a second to answer the discrimination that was put on him.

Khan tells security guards he is not a terrorist. The camera shows a medium close up and low-angle shot where it also shows how “My Name is Khan, and I am not a terrorist” is a powerful repeated line Khan uses throughout the film. This line has always been shot from below when Khan delivered this line. In terms of Khan’s power this shows that he is standing up for himself as a Muslim, and he is also trying to eradicate himself and many Muslims around the world from being accused as terrorists.
Before Khan’s mother passed away, she knew Rizwan was capable of being happy and that he would go to America. Khan is raised in a middle-class muslim family. One thing Khan learned from his mother is that there are only two kinds of people in this world, good people who do good deeds and bad people who do bad. There is no difference between a Hindu or Muslim person, a white or coloured person. Muslims were convicted of being terrorists when the airplane crashed the World Trade Centre. In this film, Khan has a message that he wants to personally reach out to the U.S. president himself. His goal is to go to Washington D.C. and tell the president, “My Name is Khan, and I am not a terrorist.”
Khan arrived in San Francisco and met a Hindu woman, Mandira (Kajol) and her young son, Sameer (Yuvaan Makaar) from previous marriage. Despite their religion differences, Khan and Mandira marry and settle down. The flashback in this scene shows Khan and Mandira reaction upon the tragic of 9/11/2001 on the news. Mandira was overly shocked by the tragic and said “Oh my God,” while she comforted Khan. Khan looked down from watching and was utterly in silence.

In this scene, the camera has a close up and still shot view that is focused on their wedding cloth, whilst they are blurred in the background watching the news. The cloth is an allegory of issues arising in their relationship. After 9/11 and some tragic events on Mandira son’s death, the couple is forced to separate. Mandira blames their struggles on the last name “Khan” because if the family didn’t have a Muslim surname, nothing would have happened to her and the caused of their separation. The way Mandria treated Khan after the tragic, it relates to how Muslims were accused and physically attacked. They were interrogated for many things. 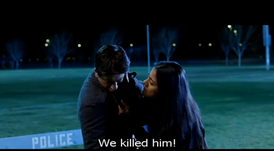